Dato’ Mohd. Sallehuddin bin Othman joined MSIG Insurance (Malaysia) Bhd as an Independent Non-Executive Director in 2005 and was appointed the Chairman of the Board in March 2014. He holds professional accounting qualifications from the Association of Chartered and Certified Accountants ("ACCA") and Chartered Institute of Management Accountants ("CIMA"), United Kingdom. He also graduated with a Master’s Degree from City University, London in 1975. He has been registered as a Chartered Accountant with the Malaysia Institute of Accountants since 1981 and became a Fellow member of ACCA in 1983.

Dato’ Mohd. Sallehuddin began his career with brief stints at various audit firms in Malaysia and the United Kingdom, a statutory body and a major Government linked company in Malaysia, before joining the Asian Development Bank based in Manila, Philippines from 1981 to 1986.

Upon returning to Malaysia in 1986, he joined Permodalan Nasional Berhad, in senior positions doing corporate services and human resources until 1994. From mid-1994 to 2000, Dato’ Mohd. Sallehuddin was with UMW Holdings Berhad, initially as Executive Director, and subsequently as Group Managing Director. From 2001 until his retirement in 2006, he served as Group Managing Director of Malaysian Industrial Finance Berhad.

Post retirement, Dato’ Mohd. Sallehuddin has served as an Independent Non-Executive Director of a few companies including a foreign Islamic bank. In addition to MSIG Insurance (Malaysia) Bhd, he is currently an Independent Director of a number of companies, notably MUFG Bank (Malaysia) Berhad, and a Public Interest Director in Federation of Investment Managers Malaysia, recognised by the Securities Commission Malaysia as a self-regulatory organisation.

Presently, Dato’ Mohd. Sallehuddin serves as a member of the Board Audit and Investment Committees of the company.

Ms. Pearl Chan Siew Cheng joined the Board of MSIG Insurance (Malaysia) Bhd on 18 March 2014 as an Independent Non-Executive Director. She has 31 years of experience in the Malaysian fund management industry, having managed institutional money such as government funds, insurance funds, pension funds, charitable foundations and unit trust funds throughout her career.

Prior to her retirement in January 2008, Ms. Chan was the Deputy Chief Executive Officer of CIMB Principal Asset Management for one year, after a merger between CIMB and the Southern Bank Group. Before that, she pioneered SBB Asset Management, a wholly-owned subsidiary of the Southern Bank Group, which became the first commercial bank in Malaysia to have an asset management arm.  She held the position of CEO for 17 years, and CEO/Chief Investment Officer for the first 14 years, leading a team of equity and fixed income fund managers. Before setting up SBB Asset Management, she was General Manager of Rashid Hussain Asset Management and a fund manager with Bumiputra Merchant Bankers Berhad for a total of 13 years.

During her career, she also spearheaded two major corporate integration exercises in 2003 and 2007, where she successfully completed the entire integration process, involving organisation and governance structures, human resources, administration and technical systems. Ms. Chan is a graduate in Economics from the University of Nottingham, England.

Presently, Ms. Chan serves as Chairman of the Board Nominations and Investment Committees and is a member of the Remuneration and Compliance & Risk Management Committees of the Company.

Dato’ Muthanna bin Abdullah joined the Board of MSIG Insurance (Malaysia) Bhd as an Independent Non-Executive Director on 12 March 2018. He is a Barrister of Middle Temple and an Advocate and Solicitor of the High Court of Malaya. He read law at the University of Buckingham, England and was called to the Bar of England and Wales in 1982 and to the Malaysian Bar in 1983. He is a Consultant of Abdullah Chan & Co.

Currently, Dato’ Muthanna is the Honorary Consul to Kuala Lumpur of the Republic of San Marino.

Mr. Iichiro Sadamoto joined the Board of MSIG Insurance (Malaysia) Bhd as an Independent Non-Executive Director on 1 October 2017. He is currently the Managing Director of Toyota Tsusho (Malaysia) Sdn Bhd. Prior to this, he had been the Group Leader of Parts Assembly Department of Toyota Tsusho Corporation since 2013.

A law graduate of Hiroshima University Japan, Mr. Sadamoto has more than 26 years of working experience in the automotive parts and parts assembly during his tenure in Toyota Tsusho Corporation. His previous work experience includes overseas postings where he worked at the Manila Branch, Philippines from 2002 to 2003 and Toyota Tsusho (Thailand) Co., Ltd from 2003 to 2007. He was also the President of TT Assembly (Thailand) Co., Ltd and TT Assembly East Co., Ltd from 2010 to 2013.

Presently, Mr. Sadamoto serves as Chairman of the Board Remuneration Committee and is a member of the Board Audit, Nominations and Compliance & Risk Management Committees of the Company. 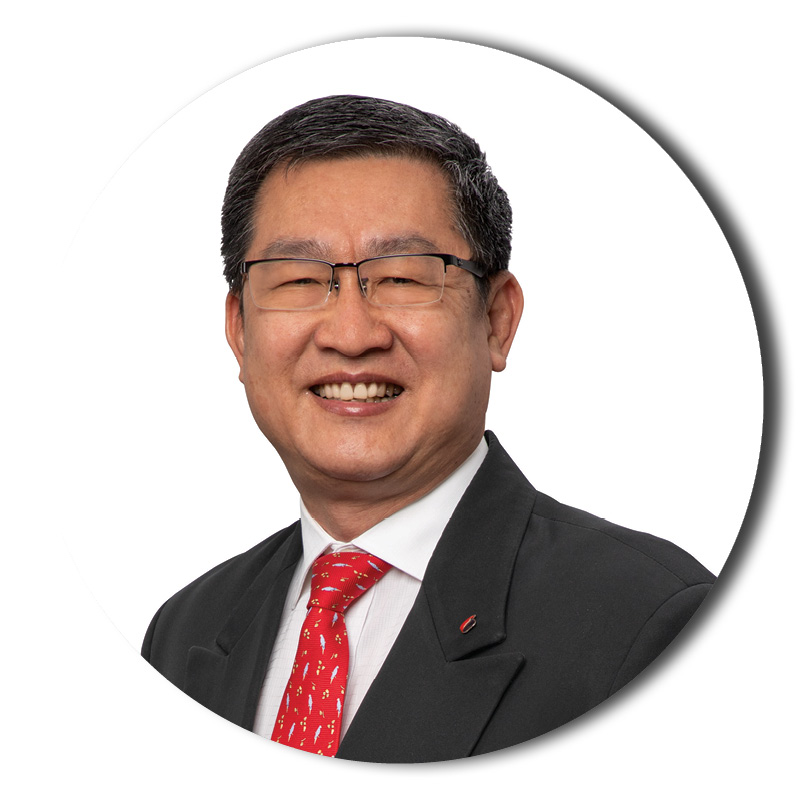 Mr. Lim Tiang Siew joined MSIG Insurance (Malaysia) Bhd as Independent Non-Executive Director on 15 December 2018. He retired as the Group Chief Internal Auditor of CIMB Group in March 2018, after serving 27 years in CIMB. Mr. Lim’s experience and expertise of over 40 years covered internal and external auditing, accounting, corporate finance and advisory, corporate governance, and compliance. For more than half of his tenure in CIMB, Mr. Lim was a member of CIMB’s top most management team, and a member of all its major risk committees.

He joined Commerce International Merchant Bankers Berhad (now known as CIMB Investment Bank) in January 1991 as an assistant manager in the Corporate Finance Department and eventually become the Head for a number of years. After over 15 years as a Corporate Finance specialist and following the acquisition of Bumiputra-Commerce Bank by CIMB and the subsequent merger of Bumiputra-Commerce Bank with Southern Bank, Mr. Lim was appointed the Group Chief Financial Officer, a position he held for over 2 years before being appointed the Group Chief Internal Auditor.

He is also an Independent Non-Executive director of Sapura Energy Berhad and a member of its Board Audit Committee and Board Risk Committee. 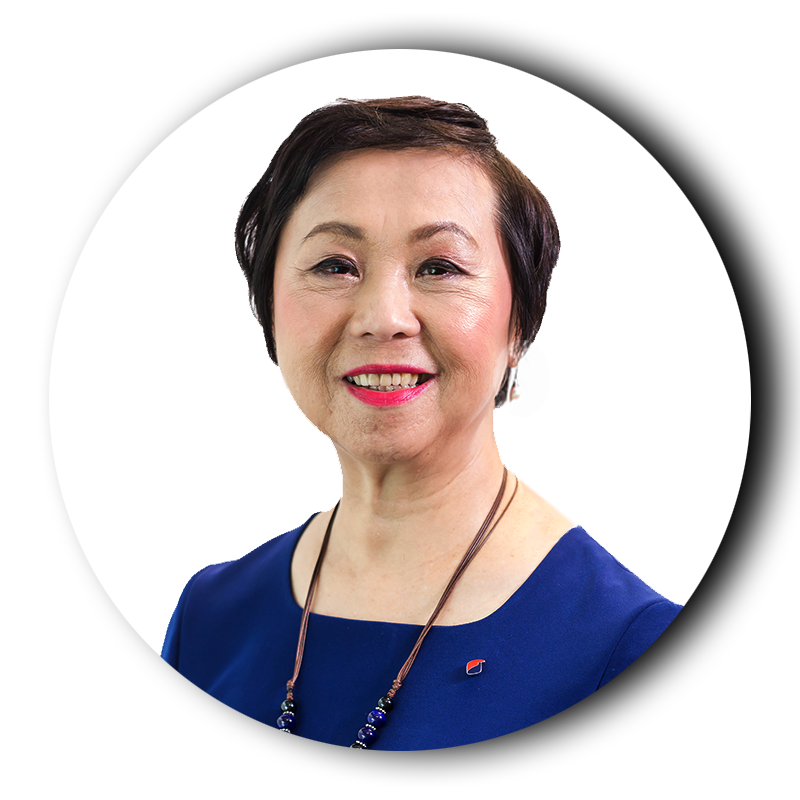 Prior to her retirement from MSIG Insurance (Malaysia) Bhd in December 2009, Ms. Gan was a member of the Senior Management Team (SMT) overseeing - at various periods - Information Technology (IT), Information Security, HR & Admin, Service Quality as well as centralised policy administration.  During her service with the company, Ms. Gan was also the Integration Manager managing the operational integration during the MSI-Aviva (MSIG) merger as well as the CU-GA (Aviva) merger.

In January 2016 until July 2018, Ms. Gan joined the Regional Holding Company (RHC) in Singapore as Head of ICT / Consulting Advisor to Regional CEO to manage the regional centralised IT services, system development and infrastructural services/support to country IT in Singapore, Malaysia, Indonesia, Vietnam, Hong Kong, Thailand, Philippines and Australia. During her stint with RHC, Ms. Gan spearheaded the regional cybersecurity initiative as well as the updated regional IT Strategy focusing on new technologies in the digital arena.

Presently, Ms. Gan is a member of the Board Audit and Compliance & Risk Management Committees of the Company.

Ms. Loh Guat Lan joined the Board of MSIG Insurance (Malaysia) Bhd (“MSIG”) as a Non-Independent Non-Executive Director on 1 October 2010 and is a member of the Board Investment Committee of MSIG. She is currently the Group Managing Director / Chief Executive Officer (“GMD/CEO”) of Hong Leong Assurance (“HLA”), a subsidiary of HLA Holdings Sdn Bhd (“HLAH”), wholly-owned by Hong Leong Financial Group Berhad (HLFG), the financial services arm of Hong Leong Group Malaysia. She was appointed to this position on 1 September 2009.

Ms. Loh has over 31 years of extensive experience in the insurance industry, including agency management, branch management, and agency development and training. She was previously the Chief Operating Officer (Life Division) of HLA and prior to joining HLA, she was with American International Assurance Company Limited where her last position was Vice President & Senior Director of Agency (Malaysia).

Ms. Loh is the Chairman of HL Assurance Pte Ltd, Singapore, and a Director of HLAH; Hong Leong MSIG Takaful Berhad; Hong Leong Insurance (Asia) Limited, Hong Kong; L.I.A.M. Holding Sdn Bhd and L.I.A.M. Property Sdn Bhd. She is also the President of the Life Insurance Association of Malaysia (LIAM), a Director of The Malaysian Insurance Institute and a Board Member of the Financial Industry Collective Outreach (FINCO).

Mr. Alan Wilson has been the Chief Executive Officer of Singapore-based MSIG Holdings (Asia) Pte. Ltd. ("MSIG Asia") since 2008. He also serves as Chairman or Director on the boards (or equivalent) of 19 MSIG related entities around the region, including Chairman of MSIG Berhad. Under Mr. Wilson’s leadership, the MSIG network in Asia has expanded to 14 markets. He was honoured to be appointed as the first foreign Executive Officer of Mitsui Sumitomo Insurance Co Ltd (Japan) in April 2015 and became Deputy Head of its International Business Department in January 2020. Mr. Wilson has a sound executive management track record with over 40 years of experience in the insurance industry.

Prior to joining MSIG Asia, Mr. Wilson was the Asia CEO at Allianz from 1999 where he assumed overall responsibility for managing over 20 general, life and health insurance operations across 14 countries, and later served on several boards for Allianz and for other groups such as Parkway in Asia. Mr. Wilson joined Allianz from Guardian Royal Exchange Assurance Group where he was Asia Managing Director. Over the course of his 21 years there, he held various senior positions with progressive responsibilities, where he managed general and life insurance businesses in 11 countries.

A British national and a Singaporean Permanent Resident, Mr. Wilson has lived and worked in Asia since 1982 in various places, including Hong Kong, Indonesia, Pakistan and Singapore.

Mr. Wilson is a Fellow of the Chartered Insurance Institute (UK) and has a BA (Hons) in Economics and Economic History from the University of Liverpool, England.

Presently, Mr. Wilson serves as member of the Board Nominations Committee.

Memorandum and Articles of Association

MSIG Insurance (Malaysia) Bhd ("MSIG") practices a zero-tolerance approach against all forms of bribery and corruption.

MSIG has established an anti-bribery and corruption framework guided by the T.R.U.S.T principles of Guidelines on Adequate Procedure issued pursuant to S17A. (5), Malaysian Anti-Corruption Commission Act 2009.

MSIG provides an avenue for individuals to raise genuine concerns about illegal or unethical practices. These concerns should be addressed to the Audit Committee Chairperson or Bank Negara Malaysia.

You are about to be redirected away from this site.